Is it too late to apply to private school? 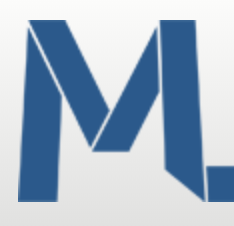 Most private schools adhere to admission deadlines set by larger organizations, like the National Association of Independent Schools or regional groups. In Los Angeles, schools like Milken, are part of a consortium that dictates the deadlines for admission applications. While many national schools adhere to a February application deadline, for private schools in LA, the admission cycles are different. Exact dates may vary from year to year, but they typically include an application deadline that falls in early December, with admission decisions being sent to families in March. But what if you've missed the deadline? Is it too late to apply to private school?

Not necessarily. For most privates schools, both in Los Angeles and other parts of the country, the first deadline to apply is considered a priority deadline, meaning families who complete their applications by the deadline will be considered in the first round of applicants. Those families will, in turn, receive admission decisions in the first round of notifications, which for schools in LA, arrive in March.

Keep in mind that the dates for private schools in Los Angeles may vary year to year, and decisions for Grades 9-12 are sent at a different time than the decisions for Grades K-8. Once decisions are sent, families have about 10-30 days (depending on the school's deadlines) to decide if they will enroll, after which offers of admission may be withdrawn and offered to students on the waiting list. If you need more time to make a decision, contact the admission office to discuss; don't assume you can take your time.

Schools that don’t fill their available admission spaces in the first round of decisions will move to what’s called a rolling admission basis. That means, applications are accepted until space is filled by qualified students. The period of time that rolling admission is open can range from a few days to right through the summer, based on the competitiveness of the school. Keep in mind though, not every school offers rolling admission. If a student’s dream school is a competitive institution, it’s crucial to submit an application,not just the inquiry form, as soon as possible.

Students who are applying late can reach out to the school and ask if they are accepting applications for a waitlist, but not all private schools offer this option. A waitlist simply means that if a student’s application meets the school’s acceptance criteria but no spaces are available, their name goes on a list of students who are waiting to see if a slot will open. There’s no guarantee of coming off a waitlist.

In many cases, submitting an application before the December deadline is most crucial if a family is applying for financial aid. With limited funds, most private schools award aid packages to those who apply early, and those dollars get used up quickly (they are typically awarded to returning students first and the remaining funds then go to new families). That doesn’t mean that families can’t try to apply for aid later in the year, but the likelihood of receiving the type of financial aid package a family needs, lessens with each passing day.

For families who are serious about private school, the best thing they can do is apply early, and if they are late, apply as soon as they realize they are interested. Don't delay! The competitiveness of each school will dictate how long applications will be considered, so it’s important that students apply as soon as they know they’re interested in attending. Contact the admission office to see if they still have spaces available.

Welcome to Milken's Student Success Blog! We use this space to share information that we think will be helpful to all students at each stage of their middle and high school journey.

Explore this blog for ... Milken School is a college prep private day school in Los Angeles established on the foundation of the highest academic standards and Jewish values.